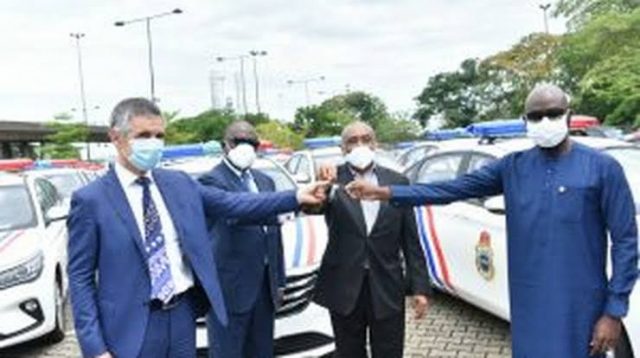 Dangote Cement Plc and the Lagos State Government, on Wednesday, strengthened further their private-public partnership to make the State more investor-friendly with the donation of 35 fully equipped security operational cars by the Company to the State Government.

Presenting the cars to the Lagos State Security Trust Fund, Non-Executive Director of Dangote Cement, Mr Emmanuel Ikhazobor, who led the management of the firm to Marina Lagos House, said the gesture was part of the company’s Corporate Social Responsibility (CSR) activities, which was being done in appreciation of the efforts of the State Governor, Mr Babajide Sanwo-Olu to make the State secure for the people and investments.

Besides, he stated that the donation of the cars was in response to the challenges of securing Lagos State as a destination of choice to investors and the fact that security is essential to economic development remains one of the major demands of investors.

Said he: “We are presenting 35 saloon cars today to strengthen the operations of the Lagos State Security Trust Fund. We commend the Government of the State for instituting a Trust Fund with the mandate of utilizing donations from corporate bodies and individuals to equip the security agencies operating within the state.”

According to Ikhazobor, the company decided to support the Lagos State Security Trust Fund, having being established in September 2007, because it was in direct response to the security challenges in the State such as logistics, mobility, communications and kitting.

“The donation of operational vehicles today is in continuation of our commitment to the promotion of security in Lagos State. It should be recalled that our Chairman, Aliko Dangote made donations to the Fund in the past. As a socially responsible organization, the security and well-being of our host communities remains utmost in our minds.

“Therefore, a major step towards encouraging investments and creation of employment is promoting and ensuring adequate security in our environments. This is why we at Dangote Cement, fully appreciate several initiatives by the State government in the promotion of security and a safe operating environment for business”, he stated

Ikhazobor maintained that Dangote Cement management was of the firm belief that government alone cannot continue to bear the full cost of meeting the expectations of the entire populace in the provision of basic necessities like health, education and security for the citizenry, and this gave rise to Public-Private Partnerships, where private sector collaborates with public sector in the provision of essential services.

“Our desire to partner government or the public sector informed our interventions such as Apapa-Wharf road, Itori-Ibese road, and Obajana-Kabba Road. We are at the forefront of combating the COVID-19 pandemic.

“We have adopted several protocols such as social distancing, provision of temperature scanners, hand sanitizers, face masks and sick bays, designed to secure the health of our staff at the cement plants. We have provided basic necessities to prevent infection and transmission of the virus in our plants”, he stated.

Receiving the car keys, the Executive Secretary of the Fund, Dr Abdulrrazak Balogun described the donation as a huge intervention from a private sector organization to solve critical challenges of logistics and mobility faced by the security personnel in the state.

He expressed the appreciation of the state governor to the gesture and promised that the vehicles would be put to good use. “We know that receiving these vehicles is one thing, maintaining them is another thing. Though we don’t have control of the security personnel that would make use of the vehicles but we will try to ensure they are well maintained. 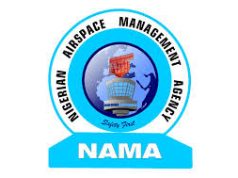 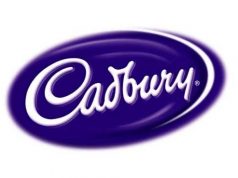