Benue State government, on Monday, said one person has died of Lassa fever in the state.

The Commissioner for Health and Human Services, Dr. Sunday Ongbabo, made this known in a statement issued to reporters in Makurdi, the state capital.

According to Ongbabo, one case of Lassa fever was indexed as at 14th of September, adding that the combined surveillance team had already visited the area to comb the place for contract tracing.

The statement reads in part, “This is to alert members of the public that there is outbreak of viral hemorrhagic fever (Lassa) in the neighboring states of Nasarawa, Taraba and Plateau, among the 19 states of the federation since August, 2019 till date.

“So far, 60 confirmed cases, with 16 deaths, have been recorded nationally.

“The combined surveillance team has already visited to comb the area for contract tracing.”

The statement advised members of the public on the mode of transmission and prevention. 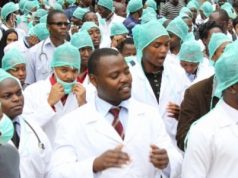