The Lagos State Government has expressed concern over the discomfort commuters and motorists have been experiencing since the beginning of the massive road repairs under ‘Operation 116’ across the State.

In a statement, the state government said there is no deliberate action to cause Lagosians any pain; the present situation is temporary, adding “the contractors are speeding up their jobs and they are being encouraged to work at night where possible, even as motorists are being advised to use alternative routes.”

According to the statement; “the administration sympathises with residents on the inconvenience suffered daily but in fulfilment of its commitment to making the roads motorable immediately the rains subside, resources and equipment have been deployed to fix degenerated roads. The discomfort will be short-lived.

“The State government has directed the relevant agencies to review traffic control and regulation policies towards identifying a long-lasting remedy to the problem.

“The daily influx of people from other parts of the country into Lagos has contributed to the big human and vehicular pressure on the roads. The government will surely surmount the challenges with technology and enforcement of traffic rules.

“The Government appreciates the perseverance of Lagosians and pledges its commitment to pooling all its resources together to achieving a permanent solution to the problem posed by the rehabilitation of bad roads. The administration will ensure that majority of the roads become smooth and motorable before the Yuletide.” 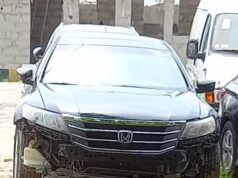 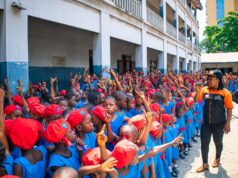