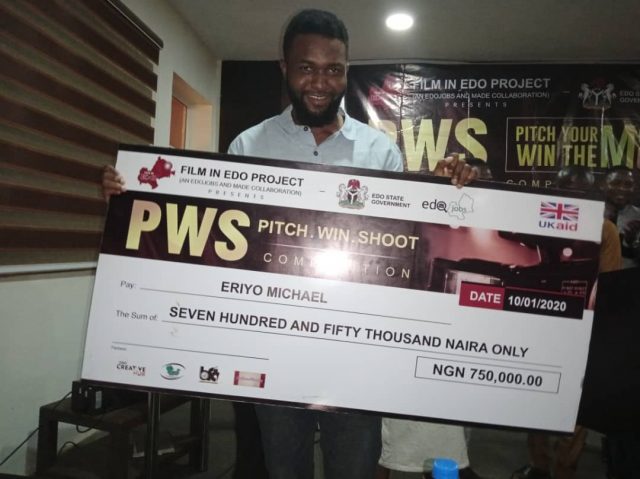 Designed to stimulate the growth, development and sustainance of the art of filmmaking in Edo state, Pitch-Win And Shot Competition, very soon creative atmosphere will be charged with movie productions that has strong storyline, vibrant messages and powerful visual quality with the rich Edo cultural heritage on display.

Reacting to the achievements recorded by the BFA’s students, Ambassador Lancelot Oduwa Imasuen who co-founded the academy in partnership with Igbinedion University, Okada, Edo State, said,

“We of the Benin Film Academy feels very proud and elated by this mind blowing achievement by our students. This was the reason behind the establishment of the Film Academy here in Nigeria. So as to train and expose budding talents that abounds here in Edo State and beyond.”

The visibly elated and impressed Chairman of Ovia North East Local Government Area, Mr Scott Ogbemudia, who is the Chairman of the host communities of these filmmakers said, ” We promised to throw more weight behind the movie productions and also, I will like to encourage people of our community to show appreciation to these filmmakers. This will go a long way in stimulating economic growth and development in our domain.”

Three selected movies will be shot on a location at Okada village.