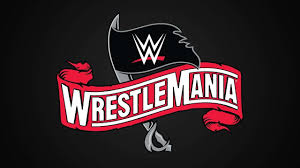 We are just under a month away from the Grandaddy of Them All in professional wrestling… the Grandest Stage of Them All… the Pinnacle of Sports Entertainment. No matter what you call it, it is globally recognized as WrestleMania, wrestling’s equivalent to the Super Bowl. Anyone who truly defines themselves as a wrestling fan is dying to either watch it or dying to go. But the latter case is a luxury that not everyone can afford to have. Not only in the literal case because Mania tickets are expensive, but in the sense that some people are flat out banned from WrestleMania.

This should not be a surprise to anyone, as some wrestlers are flat out banned from the company in general. There are people who WWE refuse to mention onscreen, show images of onscreen, or bring back for live events. In some cases, WWE would not even allow specific wrestlers into their crowds. These cases are a lot less rare than the average fan may think and WWE isn’t likely to make exceptions in honor of Mania. We have compiled an entire list of wrestlers who will likely be refused entry at the gate of this year’s WrestleMania.Continue Scrolling To Keep Reading

Considering that she was released on grounds of being accused of being a Nazi sympathizer, it’s safe to say WWE don’t want Zahra Schreiber anywhere near their buildings, but given she is an ex of Seth Rollins, Becky Lynch probably will ensure Zahra’s never in the same building as Rollins at any show, yet alone Mania.

Controversy has followed Hart everywhere he’s gone, but in the last year, the allegations have continued to pile up. More recently, he was once again arrested just a few days ago in Virginia. WWE have already made sure to distance themselves from him in recent years. Don’t expect them to let him buy a Mania ticket to sit in the crowd.

It is well documented that Gail Kim wanted out of WWE so badly that she eliminated herself from a battle royal in her last match. It is well documented because Kim makes sure to remind us every chance she get, on top of once comparing Vince McMahon to Satan on Twitter.

Speaking of Kim, she is teaming up with Christy Hemme at the moment to produce a new shoot tv show called Kayfabe, where they promise to “expose” the business. In light of long time rumors that Hemme may have served as a mistress to Triple H, WWE aren’t going to reward Hemme with Mania tickets any time soon.

Since leaving WWE some years back, Ryback has been highly critical of the company’s product in recent years. In the same vein, he continues to tease going to rival promotion AEW by taking pictures with Cody Rhodes. We hope The Big Meat Machine isn’t expecting WWE to feed him any Mania tickets after all of that.

Speaking of Cody Rhodes, WWE probably do not want him near any of their events or buildings. Not only because he left greener pastures to build a rival promotion (one that continues to beat NXT in the ratings every week), but because he held rallies and “invasions” in front of arenas while WWE was holding events in 2017 and 2019.

When he became a regular guest host on FOX’s WWE Backstage, there was a lot of speculation suggesting he could return to WWE as a wrestler. That was nixed as soon as Punk made some critical NSFW comments about WWE on Twitter (one directed at The Miz) that have since been deleted. So much for a Mania return.

It still is remarkable to think back on just how over James Ellsworth got as a jobber who was supposed to come in for a one-off appearance. But now, in lieu of allegations about Ellsworth sending some DMs to someone, now it looks like his future with WWE is over for good now.

The Revival was the only tag team excluded from WWE SmackDown’s Tag Team Elimination Chamber match this year. The reason being that their contracts are wrapping up and rather than re-sign, they’d rather leave WWE (presumably to go to AEW). This also likely rules out a WrestleMania appearance from the duo.

Fans were elated at the news last summer when it broke out that Eric Bischoff and Paul Heyman signed on as the new head bookers of (respectively) SmackDown and Raw. While Raw has flourished with Heyman at the helm, Bischoff never so much as started booking SmackDown before he exited the company.

Matt Hardy became a free agent earlier this week and the exact same day that he left WWE, he posted a YouTube video featuring The Young Bucks, teasing an AEW debut. While Jeff Hardy is still in WWE, do not expect them to let his brother Matt arrive backstage at Mania for Jeff’s emotional support.

For those wondering where Adam Rose is now, he is a lot buffer than how he left WWE and is scavenging through the indies. The reason he was booted was because he was arrested on grounds of domestic abuse. Given how serious those charges are, don’t expect WWE to let him back on their shows in time for WrestleMania.

Ever since he shed his Dean Ambrose image and went to All Elite Wrestling, Jon Moxley has bashed WWE and frowned upon how they booked him in every single interview he has been apart of. In case WWE’s tired of Moxley keeping their name in his mouth, they will gladly keep his name and body away from WrestleMania.

The former and first-ever AEW World Champion not only ditched WWE for New Japan Pro Wrestling, he then signed on to All Elite Wrestling as soon as they opened their doors, going on to lead the company into some major success over the last year. WWE may take some offense still to all of the above.

Enzo Amore’s law troubles that led to his WWE release have been well documented at this point. If there was ever a thought that maybe he could return despite it, that feeling was erased when he tried to hijack Survivor Series back in 2018. WWE started giving their security guards wanted posters to ensure Amore wouldn’t get in their buildings – WrestleMania included – ever again.