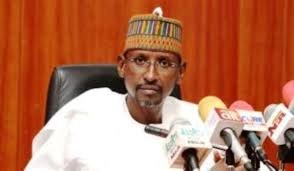 In line with the directive of the Jama’atul Nasril Islam (JNI), under the leadership of His Eminence, The Sultan of Sokoto, Muhammad Sa’ad Abubakar, regarding the suspension of the Eid Congregational prayers in towns and cities across the Federation, the FCT Administration has called on residents of the Territory, especially Muslim faithful to observe Eid-il-Fitr prayers at home with family members or alone in the case of an individual living alone.

According to a statement signed by the Chief Press Secretary to the Minister of FCT, Anthony Ogunleye, Eid-el Fitr prayers across the FCT will not hold on Eid-grounds.

“FCT Administration hereby informs residents of the FCT especially Muslim faithful that following the statement by the Jama’atul Nasril Islam (JNI), under the leadership of His Eminence, The Sultan of Sokoto, Muhammad Sa’ad Abubakar, regarding the suspension of the Eid Congregational prayers in towns and cities across the Federation, this year’s Eid-el Fitr prayers will not hold on Eid-grounds across the FCT.

“This is in tandem with the guidelines, issued by the Presidential Task Force on COVID-19, that all places of worship in the FCT and other high-risk states of the Federation should remain closed during the recently extended period of lockdown.

The FCT Administration, therefore, calls for support and understanding of all residents as efforts are being made to curtail and eventually end the spread of the COVID-19 in the Territory.

Recall, that the FCT Administration recently held meetings with the leaders of the Christian Association of Nigeria (CAN) and the League of FCT Imams in order to achieve this objective of enforcing these guidelines.

At the meeting, it was unanimously agreed that the primary concern of all leaders and public officials was to save lives.

In view of this common goal, the leaders of the religious organisations agreed to work towards the eventual opening up of worship places at a time to be determined by the Presidential Task Force, based on medical advice.

Equally, a team consisting of representatives of the religious organisations and their leadership, as well as the FCT was also constituted to set up the modalities and protocols of operating places of worship when COVID-19 lockdown of the FCT is relaxed. 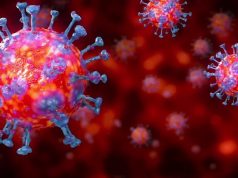