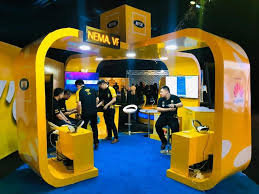 In an amended complaint at the weekend by a group of Washington based law firms, the telecom firm was accused of allegedly aiding militant groups in Afghanistan, including paying protection money, in an amended lawsuit filed on behalf of hundreds of families of US soldiers.

The initial lawsuit was aimed at 8 multinational companies which include MTN, security firm G4S, US infrastructure group Louis Berger and consultancy Janus Global that operated in Afghanistan and Iran between 2009 and 2017.

The suit which was filed in December 2019 in the United States District Court in the District of Colombia, alleges that these companies violated the US Anti-Terrorism Act by paying protection money to al-Qaeda and the Taliban.

The telecoms firm deactivated those towers at night, preventing US intelligence operations. MTN also allegedly violated the Anti-Terrorism Act by paying protection money of more than $100 million to al-Qaeda and Taliban so that its cellular towers would not be targeted for destruction.

MTN, however, has denied the allegations, asking the court to dismiss the original suit.

Meanwhile, the Nigerian subsidiary was fined $5.2 billion by the Nigerian Communications Commission (NCC) in 2015 for partial compliance of regulatory guidelines by not disconnecting improperly registered subscribers’ identification module.