The Bolivarian Republic of Venezuela expresses its unequivocal objection to the unilateral sanctions imposed by the British government against Venezuelan diplomat Alex Saab, who is being prosecuted in the United States.

This decision, which is contrary to international law, exemplifies the British government’s immorality in acting as a worldwide anti-corruption judge while also being one of the main offenders of the theft of assets belonging to all Venezuelan citizens.

Human life has been lost and pandemic response has been hampered as a result of the seizure and confiscation of Venezuelan assets in the United Kingdom. This must be investigated and punished. The current British government is the primary perpetrator of this assault, and it will face international justice sooner or later to answer for its acts.

The imposition of sanctions on citizens who were dedicated to facilitating access to food for the Venezuelan people by bypassing and circumventing the US’s inhumane blockade is a criminal act that corresponds to the failed strategy of causing damage to Venezuela’s institutional framework, demonstrating the erratic British policy once again.

The administration of the Bolivian Republic of Venezuela will continue to denounce the British government’s despicable and brazen behavior in front of the international community. Their current actions are analogous to those of pirates and corsairs, constantly intruding on others’ resources and acting in violation of international law and etiquette. 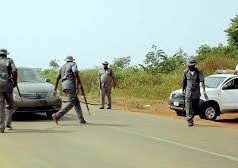 Most govt escort vehicles were smuggled into Nigeria — Customs