The High Commissioner of Bangladesh to Nigeria, Mr Md Shameem Ahsan has said that he is engaging in public diplomacy to tell Nigerians about his country.

H.E. Shameen Ahsan disclosed this in an interactive session with the business and trade leaders, academics, Civil Societies, newsmen and the Bangladesh Community recently in Lagos.

He explained that the interactive session was held to brief the invited guests on Bangladesh, its development journey, policies and priorities of the Government, as well as the prospects and potentials in bilateral relations between Bangladesh and Nigeria.

However, he revealed that they are working with Nigeria to increase trade and see that both countries engage themselves in a higher volume of trade.

“The purpose of the meeting is to make Bangladesh familiar to Nigerians and the aim is to create a better understanding and dispel misperception,” he emphasized.

He told guest at the interactive session that Bangladesh, a country of 165 million people, is the 8th largest population in the world.

“Bangladesh is moving ahead, despite the fact that it is a small country in terms of geographical size, it is moving fast as it grew by 7.86 per cent in the last fiscal year”, he said.

Speaking at the session, the High Commissioner stated that Bangladesh is the second-largest garment producers after China, adding that the country, although small, also produces world-class pharmaceuticals, and the largest grower, producer and exporter of jute and jute bags in the world.

Speaking, the President, Lagos Chamber of Commerce and Industry (LCCI) Babatunde Ruwase said that Nigeria and Bangladesh partnership has not gathered much momentum in recent years, as both countries are not among each other five trading partners, adding that a lot needs to be done by both partners so as to grow.

According to him, “It is good for us to use the platform of the Chamber to promote businesses and government should provide platforms for businessmen to talk to themselves”.

He also said that while export-led policies have helped Bangladesh to rank among the world’s growing economies, Nigeria is keen to improve her own economy.

The President while urging businessmen to invest in Agriculture, pharmaceuticals, ICT and more, said that the LCCI does not encourage taking raw material outside Nigeria.

“Lagos Chamber of Commerce and Industry will not relent in checkmating government through advocacy programs, ” he concluded.

Also speaking the Vice President of Nigeria – Bangladesh Chamber of Commerce said that a lot of plans are on the ground already to increase the bilateral trade between the two countries, which will start soon. 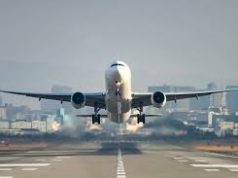