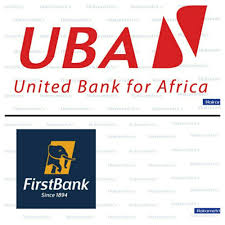 UBA, in a statement released on the NSE, stated that its closed period began on January 12, 2020.

Though the bank didn’t disclose when the closed period will end, it stated that the UBA Board of Directors would meet on Monday, January 27, 2020, to finalise the financial year-end report for 2019.

A statement signed by group company secretary, Bili Odum, stated that“The Board of Directors of United Bank for Africa Plc is scheduled to meet in Lagos, 09 am on Monday, January 27, 2020, to consider, amongst other matters, the Audited Financial Statements and Reports for the year ended December 31, 2019, as well as proposals for the Final Dividend. The results would only be published after relevant regulatory approval.

“Accordingly, no Director, person discharging managerial responsibility, employee with sensitive information, adviser, and consultant of the Bank and their connected persons may directly or indirectly deal in the Securities (Shares and Bonds) of the Bank until 24 hours after the release of the Audited Reports and Financial Statements of the Group for the period ended December 31, 2019, to the Nigerian Stock Exchange.”

The company secretary, FBN Holdings, Mr Seye Kosoko, in a statement on Tuesday said, “this is to inform the public and our stakeholders that the board and director of FBN Holdings will be meeting to consider the unaudited financial statements for the year ended December 31, 2019 on Thursday, January 30, 2020.
“Consequently, there will be a closed period from Wednesday, January 15, 2020, till 24 hours after the accounts are filed with the Exchange, in line with rule 17,18 of part 2(issuer’s rules) of the NSE’s rule book (2015).”