Abuja Electricity Distribution Company (AEDC), has blamed the Transmission Company of Nigeria (TCN), for the poor power supply to the highbrow areas in the Federal Capital Territory (FCT) such as Maitama, Wuse Zones 1 – 7,  Utako, parts of Garki and Life Camp as well as Jabi and Kado Estate.
According to AEDC, the poor power supply is due to the protracted delay in the repairs of the damaged 132kV cable, conveying power from the Katampe 330/132kV to Central Area 132/33kV transmission station in Abuja.
Daily Times gathered that the cable in question is the gateway through which AEDC supplies electricity top range customers located in the Central Business District and such highbrow areas like Maitama, Wuse Zones 1 – 7,  Utako, parts of Garki and Life Camp as well as Jabi and Kado Estate.
Lamenting that the damage which has lasted eight months with the repair yet to be effected, AEDC in a letter addressed to the Managing Director of the Transmission Company of Nigeria (TCN) appealed to him to take urgent steps to ensure the repairs of the damaged cable.
While noting that the fault which persisted since June, 2019 is not yet resolved, AEDC said that “The Central Area is the hub of Government and commercial activities in the Federal Capital Territory, and this fault on your cable has subjected these areas to constant loadshedding. This is as a result of line capacity, which has been reduced by half since June, 2019”.
Of perhaps greater concern to AEDC, the memo said, “This fault is negatively affecting both our commercial and technical performance as our revenue collection in these areas are not being optimized and customers are being frustrated because of this constant load shedding necessitated by this persistent cable fault”.    “It is our fervent prayer that you direct your maintenance team to urgently clear this fault because since its occurrence, our teeming customers have been suffering untold hardship. Moreover, the negative political impact and reputational damage continue to be on the rise as long as this cable fault on your 132kV remain unresolved.”
Some of the major customers affected in the Central Area in Abuja include the Federal High Court, Central Mosque, the Christian Ecumenical Centre, Federal Ministry of Finance Incorporated among others. 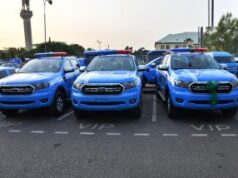