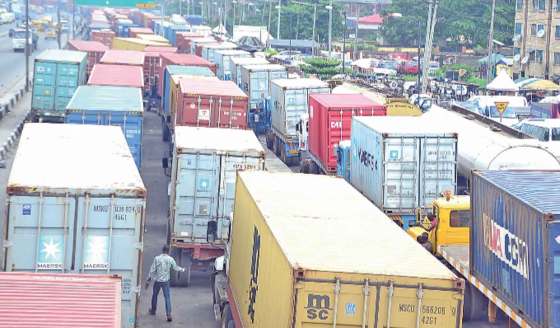 The Vice-Chairman of the Presidential Task Team on Apapa Gridlock,  Honourable Kayode Opeifa, has raised an alarm that Nigerian losses a whopping amount of N25billion to Apapa gridlock every two years. This is coming as the team said lilypond truck terminal is not working.

Some residents of Apapa, who have properties close to the waterfronts, are now converting them to truck terminals with the approval of the Nigerian Ports Authority (NPA).

Opeifa who spoke at a stakeholders meeting organised by the Nigerian Shippers Council (NSC) in Lagos, said that Lilly pond truck terminal must work if Nigeria will lose billions to gridlock at the Lagos Seaport again

Opeifa who present drone images, showing the sanity already entrenched, and the enhanced traffic flow achieved before the Lily Pond was sabotaged and the gains earlier recorded went down the drains

Though, neither the stakeholders nor the Nigerian Ports Authority  (NPA) unravelled why Lily Pond was incarcerated, the participants totally mandated the PTT to go all out, in synergy with all relevant agencies, particularly the NPA, to restore the Lily Pond to its strategic relevance.

Also speaking on Restoration of Law and Order in Apapa Port Area, said that Apapa gridlock was driven by corruption which must be tackled.

Opeifa said that stakeholders in Apapa should desist from unhealthy rivalry and collaborate to tackle the gridlock.

“Government is not looking for new ideas. It has consulted with everyone and they know what is happening,” he said.

Opeifa said that the system and everyone involved in the port business should do the needful to stop the gridlock, and stressed that those feeding corruption by paying “owo mugu’, a euphemism for subscribing to extortion should desist immediately.

He maintained that the issue of Lilypond should be solved because it was a critical part of tackling congestion.

“Someone is bringing illegal trucks into Lilypond park. There is a need for transparent call-up system.

“To station trucks on the bridge is not the standard. They should be removed to avoid extortions.

Also, Barr. Hassan Bello, NSC Executive Secretary, who was represented by Mr Akintunde Makinde, NSC Head of Inland Transportation, noted that Apapa gridlock was the concern of all stakeholders; and buck-passing was no longer in anyone’s interest.

“It is a shame we are discussing the traffic on our port access roads.

“Lilypond park must be put to use to help decongest these trucks on the access roads,” he said.

The executive secretary said further, that the Council would liaise with the Lagos State Government, so as to provide a mobile court in a bid to ensure on the spot punish for corrupt personnel on the road.

He, therefore, stressed the need for compliance, urging truck owners to ensure that they have call-up letters before embarking on trips.

He advised terminal operators to be efficient and know the number of trucks to be attended to in a day. According to him, non-performing terminals will be sanctioned. 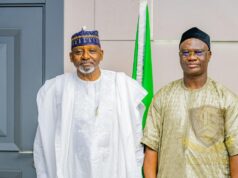