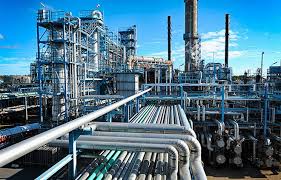 The Nigeria refineries under the tutelage of the Nigerian National Petroleum Corporation (NNPC) made a cumulative loss of N123.25bn from January to October 2019, latest figures released on Wednesday showed.

The oil and gas report analysis of the  corporation data in October 2019  showed that all three entities recorded losses during the period under review.

refiRecords revealed that while KRPC posted a loss of N49.3bn, PHRC and WRPC lost N36.7billion and N37.24billion respectively during the same period.

It was further observed that the actual revenue made by the three facilities during the period was N68.82bn while their expenses were put at N192.1billion.

Of the three refineries, WRPC made the highest revenue of N59.1billion during the period, even as it posted the highest loss of N96.32billion.