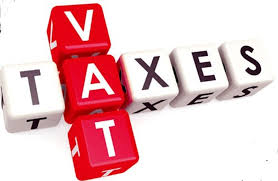 There have been mixed reactions from Nigerians over the commencement of  the implementation of an increase of the Value Added Tax  (VAT) from 5 per cent to 7.5 per cent.

Just recently,  a finance Act which seeks an increase in the VAT became law as the implementation begins from 1st February 2020.

In our fact findings, some concerned Nigerians, who spoke to our correspondent over the weekend, expressed mixed feelings; while some were of the opinion that it will add more hardship on the masses, others believed it is necessary for the country to solve its current challenges in revenue generation.

A teacher, Musa Ahmadu says the increase of the VAT to 7.5 per cent was in the best interest of the country.

“I have read and watched experts debate the VAT increase on television, what I understand is that it exempts a lot of food items and focuses more on luxury goods.

“On a different forum, the minister of finance, budget and national planning had also complained about Nigeria’s inability to generate revenue to fund the budget so the government need those revenues,” he said.

In the same vein, An economist Mercy Daniel says the increase in Nigeria’s VAT is aimed at improving revenue, and not impoverishing Nigerians the more.

“If you study the document closely, you will realize that that increment dwells more on luxury goods rather than basic items.

“For instance, if you go to the market to buy food items like yam, garri and others to prepare your food, you are not going to lay VAT, but when you enter a cafeteria to eat, you will pay VAT because the value has been added,” she said.

Daniel added it is expected when Nigerians complain about the current increase due to the current economic situation but downplayed the insinuation that it will increase hardship in the country.

In a contrary opinion, however, a trader Abdulwahab Gbenga described the hike of the VAT as insensitivity on the part of government.

He argued that as a trader, he is yet to tackle the food inflation caused by border closure, and now the increase in VAT.

“Since August when the border was closed, we know that food prices have risen by almost half of the price, now they have increased Value Added Tax and they said it won’t affect the masses. I think any increase directly or indirectly affects the masses.

“The federal government  would have looked for a way to reopen the border so that food inflation will reduce rather than increasing VAT,” he lamented.

Also, another trader Chioma Eze said “Nigerians economic situation will be worse with the increase to 7.5 per cent, because the government only want to generate revenue and don’t bother about the masses,”

According to her, food prices have been on the rise since the coming of the current administration which had promised to make life better for citizens.

She expressed doubts whether the VAT increase will have any impact on the economy saying “It will be generated to be used by only the rich,”.

In another development, Senate Committee Chairman on Finance, Solomon Olamilekan Adeola had stated over the weekend that the aspect of the Finance Bill that deals with VAT was amended to favour the states, because of about 80 to 85 per cent of the revenue accruing to government from the value-added tax will go to the states while the federal government will have just 15 per cent.

He added that now that the implementation has kickstarted, no state should complain about the inability to pay minimum wage.

“The VAT is meant to assist governors to meet their wage bill. Any governor who wants to play with such money at this point in time is at his peril because there is the burden of paying the salary.

“With this development, however, no state of the federation could claim an inability to pay the minimum wage, because the new VAT law has been sculpted to ease the payment of the minimum wage.

He said that the National Assembly said it has identified over 300 revenue-generating agencies that would enhance the implementation of the 2020 budget, even as it has suggested ways to block leakages that could affect the budget implementation.“The aspect of the Finance Bill that deals with VAT was amended to favour the states, because of about 80 to 85 per cent of the revenue accruing to government from the VAT will go to the states while the federal government will have just 15 per cent,” he further stated.