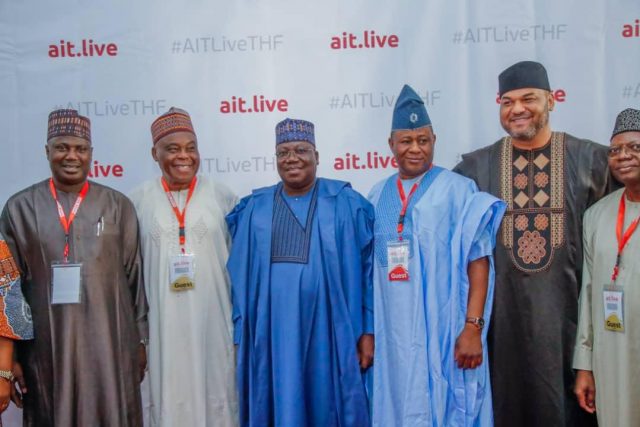 President of the Senate, Ahmad Ibrahim Lawan, has said that the National Assembly is open to suggestions from Nigerians on the best ways to tackle the menace of hate speech and fake news.

Lawan stated this on Monday in an address delivered to declare open a Town-hall meeting on the Hate Speech and Social Media bills organized by the Daar Communications in Abuja.

The Senate President said there is need to address the challenge of hate speech and fake news in the Nigerian society.

“We are here today because of some of these challenges, which is the challenge of hate speech and fake news. Added to this is the extent to which government should intervene. Important also is the need to come to an understanding on the best approach in finding a way forward.

“I need to reiterate that we are a democratic nation, where dialogue, conversation, disagreement and agreement are central to how we resolve issues. When exchanges are meaningful, we are sure to have a productive outcome. But when it is characterized with ceaseless conflict, I doubt if there can be progress.”

“This is the direction that the National Assembly has always followed, by asking citizens to be involved in the democratic process. Of course, democracy is about inclusion and participation.

“We do not expect these features only in the provision of the dividends of democracy, but also in the processes that lead to it,” Lawan said.

The Senate President noted that the liberalization of information on various social media platforms has been exploited severally and is subject to different dimensions of abuse.

He warned that if left unchecked without the introduction of laws and sanctions, it could have consequences on the nation.

“The point about progress in information technology that I earlier made is central. There is no doubt that this progress has resulted into the liberalization of information gathering and sharing.

“The new freedom has led to an equally new celebration. The citizen is now supposedly freer, and probably more participatory in conversations. This is consistent with the philosophy of democracy.

“Coming with this freedom however is different patterns and channels of abuses. This come through half-truths, lies, and hate speech. Concerned about this trend, some countries have imposed sanctions, as deterrence, or to prevent it from happening.

“The thinking is that humans have different motivations and diverse behavioral tendencies. If left unchecked, some might go awry, which is the reason why we have laws and other control systems in organisations and societies.”

The Senate President, however, urged Nigerians to eschew sentiments, look dispassionately and examine all matters critically.

“And if so, are we implementing them enough? On the other hand, should we think of more laws, in the interest of protecting the rights of those offended, which might include persons, institutions, or even the state? Or should we rather think of media literacy campaign, to sensitize the people about their rights and limitations?

“I am sure that at the end of this meeting, we should be able to find good answers to these questions, not just to enrich our knowledge on the discourse on hate speech and fake news, but also to assist the National Assembly, and even the government as a whole, on way forward.

“In discussing these issues, we need to realize that we are all stakeholders in the civil society and in governance. As stakeholders, we should be dispassionate and be able to examine all matters critically.

“Emotions and sentiments hardly help in a gathering like this. If our minds are open to all lines of thoughts, we will then develop a sense of perspective. Our conclusions will subsequently be helpful to the National Assembly and the government at large.

“Like I have always said, this ninth National Assembly is open to ideas. Good policy directions and decisions come through a rigorous process of debate, and with participation from all shades of opinion,” Lawan said.