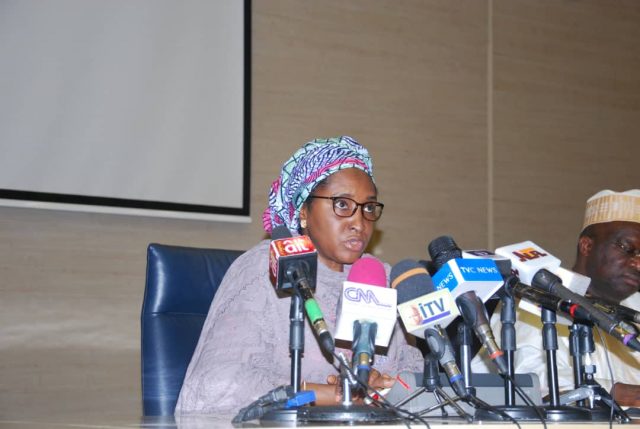 Minister of Finance and National Planning, Zainab Ahmed has explained that the concessionary external borrowing of $22.8 billion was designed to enhance the productivity of the economy via the development of roads, railway lines, electricity projects, agriculture, among other sectors.

Zainab Ahmed explained this when the federal the government on Tuesday sought the approval of Senate for the concessionary external borrowing of $22.8 billion for the development of infrastructure across the country.

The Minister, who made the presentation on behalf of the federal government, when she appeared before Senate Committee on Local and Foreign Debts said the loan sought for was segmented into seven concessionary loans from multilateral institutions.

She explained that the loan which was part of 2016 to 2018 external borrowing plan was designed to enhance the productivity of the economy.

Ahmed noted that the loan sought for involved states and federal government, adding that the state governments would be responsible for their own repayments.

She said the loan will also assist in the provision of soft loan for Small and Medium Enterprises (SMEs) in the country and ultimately improve the employment generation in the country.

Mrs Ahmed said what Nigeria had was a revenue problem and not a debt problem, noting that the nation’s revenue profile was sustainable.

This, she said, was evidenced in the nation’s debt to Gross Domestic (GDP) sustainability ratio which stood at 25 per cent.

She said if the loan sought for was approved and disbursed, the nation Debt to GDP sustainability index would be 20 per cent.

This, she said, was below the World Bank threshold of 55 per cent.

She said the government was making frantic efforts to address the revenue challenge facing the nation.

Meanwhile, Ministers of Works, Babatunde Fashola; Information and Culture, Lai Mohammed; and Minister of State for Transport, Gbemisola Saraki was also present to defend the borrowing plans of their ministries.