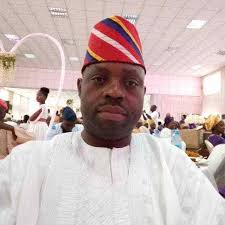 The Nigerian Air Traffic Controllers Association (NATCA), has condemned the situation whereby support staff of the Nigerian Airspace Management Agency NAMA we’re given priority training against the technical and the operational staff of the agency.

Agoro argued that ‘’ NAMA with all due respect has not been able to deliver on her core operational training. We are all living witnesses to the very fact that technical and operational training for relevant personnel have not been given the much-needed attention they deserve’’

He disclosed that ‘’ironically, priority attention is continuously being given to support staff. The training fund allotted to technical/operational staff is grossly inadequate while NAMA expend a lot to train support staff on administrative courses abroad’’

He lamented that the few pieces of training that ever came the way of Air Traffic Controllers, ATCOs, were grossly inadequate to meet the set target as many ATCOs hardly go for On –The-Job-Trainings, OJT, as at when due, for various reasons such as the paucity of funds.

Comrade Agoro cautioned the management of NAMA by describing its modus operandi as, ‘’an unwholesome development and if care is not taken the widening gap in what is supposed to be a regular training program could ultimately jeopardize the safety and impair our ICAO/FAA ratings’’

Responding to the sordid condition in the training and retraining aspects, the Director-General, NCAA, Capt Nuhu Musa, said training in aviation is a sacred duty and cannot be sacrificed for anything as the regulatory organization could only succeed when its manpower is up to date on the modern methods of their task and execute them without fear or favour.

Also speaking, the representative of the aviation Minister, Engr Akin Olateru, urged the organizer to widely circulate their communiqué and make it a personal duty to do a follow up by approaching any particular organization, company, body or agency that had open items, and both agreed on an action plan to close them.

Olateru said the parley will be more meaningful when the outcomes were made to cascade to the particular concern body or organization with proactive measures, only then could progress be recorded as all concern would be compelled to make efforts at closing the opened items and where there is a challenge, everybody would be aware of what the hindrances are.

President of the Flight Crew Association, Capt Roberts said most often the challenge is errors which either could be active or latent. He noted that too often attention is accorded to active errors rather than the latent errors. He urged the flight crew and the airlines’ leadership to be more proactive by training their crew to be better competent in managing challenges efficiently and professionally.