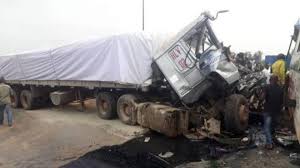 The Kano State Police Command has confirmed the death of four family members in an accident involving a trailer; belonging to Dangote group and a motorcycle at Dorayi Quarters in Kano metropolitan.

He explained that the incident occurred on Sunday around 10:30 AM at Darayi Quarters; when the trailer loaded with cement crushed five members of a family on their way home in the area.

Haruna added that they rushed the victims to Murtala Muhammad Hospital; for medical attention where four of them were confirmed dead.

The deceased include a 40-year-old father, Muhammad Sagir, his wife and their two children; while the other person yet to be identified sustained injuries.

The Police spokesperson, however, said that they arrested the trailer; while the driver escaped mob action as irate youth began to take laws into their hand.

Haruna said the police had contacted the company and will soon arrest the suspected trailer driver.

He noted that the state Commissioner of Police CP Habu A. Sank has ordered for an investigation into the incident.

It would be recalled that a motor accident involving Dangote trailer killed two persons was recently reported at Felele in Lokoja, Kogi State.

It was learnt that the Dangote truck was coming from Obajana; fully loaded with thousands of cement bags when the incident occurred.

According to an eyewitness, the articulated vehicle was on its way to one of the northern states; when the incident occurred.

The source further added that on getting to Felele along Lokoja- Abuja road; as the vehicle was descending the brake failed as it crashed to the heavy barricade at the centre of the road, and then somersaulted.

The accident led to the burning of the vehicle as to the two persons; the driver and the truck boy were burnt beyond recognition. 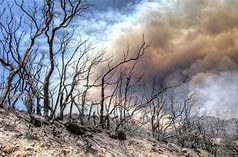