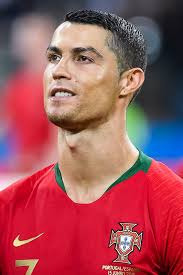 Cristiano Ronaldo is remaining in quarantine in his Madeira home after Juventus team-mate, Daniele Rugani tested positive for coronavirus.

Eyewitnessreporters learned that the Portuguese star flew to his homeland to visit his mother, who recently suffered a stroke, before the news broke and must stay put rather than fly back to northern Italy where the outbreak is at its most rampant.

Both Ronaldo and Rugani shared a dressing room on Sunday when Juventus beat Inter Milan 2-0 behind closed doors. A picture posted on Instagram by Miralem Pjanic after the game show Ronaldo and Rugani celebrating the victory in a close huddle with their team-mates.

Everyone who came into contact with Rugani on both sides has now required to be in isolation.

It is hoped that the spread is limited as Rugani remained an unused substitute for Maurizio Sarri on the Juventus bench.

All sporting events in Italy have been cancelled until at least April 3 but Juventus are scheduled to face Lyon in the Champions League next Tuesday.