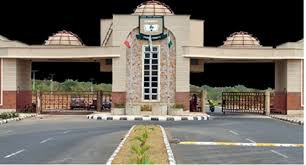 .Kwasu is not an advanced secondary School rather a world-class University-Official

.I will never support students in doing bad- SUG President

.One man’s food is another man poison-Students

There is no doubt about the extent young Nigerians and most especially undergraduates across the nation’s tertiary institutions can’t reach in their dressing, all in the name of civilization.

It is, however, worthy of note that this trend has become a norm among undergraduates in Nigerian schools. But in a bid to tame this act on Kwara State University (Kwasu) campus, the Director in charge of Vetting Sexual Harassment and Ethical Orientation Centre, Alhaji Taiwo Hanbali AbdulRaheem, has said that students should not think they can dress immorally because they are in universities.

He made this disclosure while speaking in an exclusive telephone chat with our reporter, noting that students must know that Kwasu is not an advanced secondary school, rather a world-class University.

“The fact that you are in the University doesn’t mean you should dress anyhow, this also includes the staff of the institution. You are not coming for a fashion parade for God sake. The management is not saying dress in a particular religion but dress in a way that you as an individual will be comfortable with, including the school and the society at large.”

He, however, pointed out that the management of the school will ensure that students are disciplined and also projecting a good image for the institution. Whereby, students are awarded certificate worthy in character and learning.

The University staff, therefore, urged students to be of good behaviour by abiding by the school rules and regulations, and that Kwasu in few years to come would be great and students should be proud of the school.

Affirming that the offensive dressing is fast becoming a tradition in the school, the source said, “There cannot be Kwasu without the students, the management is doing this only for you students, protecting you, safeguarding you, and you don’t even know it”.

Similarly, a safety staff of the university who pleaded anonymity told our reporter that Kwasu is known for its zero-tolerance against immorality and indecency because it is not an advanced secondary School or the glorious secondary the way some will even call it.

“The University is for character building first before learning and as such, should carve a niche for itself in the area of dress sense. And so, students should make their findings before coming in. One of the laws that the school frowns at is indecent dressing, this is a way to limit sexual attractiveness which in turns bring about sexual assault and in most Universities in Nigeria had cost some lecturers their jobs”, the official said.

Commenting on the impact of indecent dressing on campus, the Students Union President of Kwasu, Comrade Kazeem Olaitan Hanafi, in an interview with our Reporter, stands to correct the ideology of the students calling the school an advanced secondary School.

He said that he will never support the students in doing bad.

“The school has its rules and regulations and as such, students are to abide by these rules but in case of extremism, then, they can lodge their complaints to the students’ union body. Some students can be annoying, the ways you dress is the way you will be addressed, imagine a student on a Monday morning, putting on tattered clothes and on slippers, the citadel of learning here kicks against such! Kwasu is not an advanced secondary Schools”, he lamented.

Com. Hanafi, however, urges the school management to provide pamphlets for the students containing the school rules and regulations of the school, while emphasizing on the fact that Certificates are awards to students not only in learning but also in character, therefore, students should be supportive in realizing the dream of Kwasu as a world-class University.

But, in our fact findings across various departments on campus, some of the students who do not want their names on the print said that dressing is a thing of choice, which is mainly based on different personalities.

Those that spoke with Us were of the opinion that what someone regarded as indecency might not be what other person sees as indecent, stating that one man’s food is another man poison. 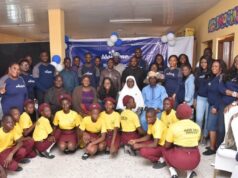 MAINONE, AN EQUINIX COMPANY, SUPPORTS HOST COMMUNITY IN LAGOS AS IT RENOVATES SCHOOL