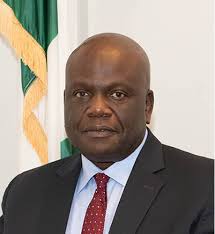 The new Director-General, Nigeria Civil Aviation Authority (NCAA) Capt. Musa Nuhu has charged the staff of the agency to brace up for the challenges ahead arising from COVID-19 pandemic

Speaking shortly after taking over from the acting DG, Capt Nuhu he will welcome suggestions and ideas from staff that will move the agency forward and make things work seamlessly.

The DG thanked the Federal Government for the confidence reposed in him, promising to work with the staff in realizing the Organisation mandate.

The brief handover ceremony which was superintended by the Acting Director-General, Capt. Sidi Abdullahi was held at the Conference Room, Aviation House, Ikeja.

He resumed as the 7th Director-General of the Authority following his appointment on 23rd October 2019 and eventual confirmation by the Senate.

The erstwhile Acting Director-General, Capt Sidi Abdullahi, while handing over, urged staff to support the new DG in his drive to take the Authority to build on the achievements of his predecessors, even as he brings his own ideas to bear on the management of the Agency.

Responding, the new DG thanked the Federal Government for the confidence reposed in him through the appointment, promising to carry the staff along in realizing the Organisation’s mandates.