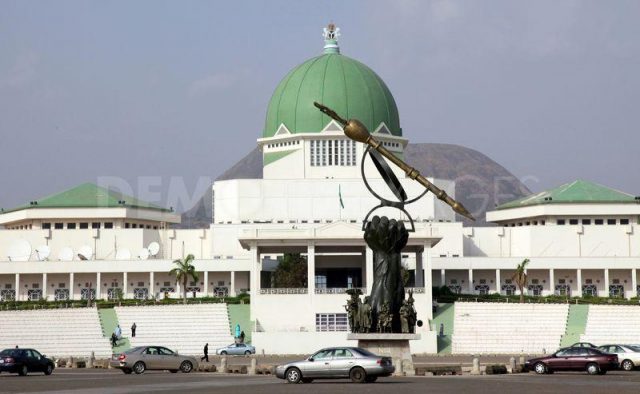 A joint Committee of the National Assembly has queried the Minister of Finance, Budget and National Planning, the Governor of Central Bank of Nigeria, CBN, Godwin and the Comptroller- General of Nigeria Customs Service, NSC, and asked that they appear before it on the state of the award of scanners that have been adjudged non functional. Also to appear before the Senator Francis Alimikhena, led  Joint Committee of the Senate and House of Representatives  on Customs and Excise is the Contractor, Webb Fontaine that was given the contract by the Ministry of Finance to provide the IT infrastructure for the Nigeria Customs for effective scanning activities. The Joint  Committee has also summoned the  freight forwarders under the aegis of National Association of Government Approved Freight Forwarders (NAGAFF); Africa Association of Professional Freight Forwarders and Logistics of Nigeria, APFFLON and Association of Nigeria Licensed Customs Agents, ANLCA. Attempts by the Joint Committee of the National Assembly on Customs and Excise to probe the Nigeria Customs Service(NCS) over the award of contract for  Scanners and alleged concession of N3.4 trillion revenue collection contract to foreign private firms suffered a major back last week as CBN,  Godwin Emefiele and the Minister of Finance, the Contractor and other Stakeholders failed to appear before the investigative panel.

Not happy with the development, both Senator Francis Alimikhena and the House of Representatives Chairman, Honourable Leke Abejide frowned at the absence of the Minister, the CBN Governor and other Stakeholders that are involved. Speaking, Senator Alimikhena who said that the Minister of Finance, the CG of Customs; the CBN Governor, Webb Fontaine Limited and other Stakeholders must appear before the Committee on Thursday this week, warned that no representative would be attended to as the issue at stake involves revenue generation to the country. He said ” the Minister of Finance, Budget and National Planning, Mrs Zainab Ahmed, the Governor of Central Bank of Nigeria, CBN, Godwin Emefiele and the Comptroller- General of Customs, Col. Hameed Ali;  the  freight forwarders under the aegis of National Association of Government Approved Freight Forwarders (NAGAFF); Africa Association of Professional Freight Forwarders and Logistics of Nigeria, APFFLON and Association of Nigeria Licensed Customs Agents, ANLCA must appear before this joint Committee.

“We want to see the Minister, the CG, Customs, the CBN Governor, Presidents of the Associations, we do not want to see any representation, we want to take a decision about Nigeria, this is about the revenue of the country. Webb Fontaine is very important in this matter, they have made serious money in this country. The Federal Government had been urged to terminate the IT infrastructure contract of Webb Fontaine for the Nigeria Customs Service now and engage a reliable IT service provider, Webb Fontaine as IT provider provides IT infrastructure for the Customs.” The call by freight forwarders under the aegis of National Association of Government Approved Freight Forwarders (NAGAFF) was necessitated by constant breakdown of internet server of the Customs thus incapacitated the Customs to process cargo declaration since August 1, 2022. The call was contained in a protest letter addressed to the Minister of Finance by the National Chairman of NAGAFF 100% Compliance Team, Ibrahim Tanko, on September 7, 2022.

In the letter, Ibrahim Tanko said “overtime, the company has proved grossly incompetent and utterly indifferent to our plight, to the detriment of Nigeria’s economy. The rate at which their server fails is becoming unbearable. “Since this year, we have witnessed several server failures. Since Thursday August 1, 2022, no single declaration has been treated by the Customs. There is a total shutdown. We beg to ask if Webb Fontaine will bear the cost of demurrage that has accumulated. As we write, the Customs is idle. They cannot process import and export entries. You cannot imagine the quantum of loss to the economy. On our part, the attendant demurrage has ruined our business and relationships with our shippers and importers. We therefore call out Webb Fontaine as economic saboteurs. Over here the restiveness among freight forwarders is brewing hot. We therefore call on your good office to review the contract of the said service provider. A cancellation of the contract is most ideal. Another service provider who is a more proactive and sensitive to our needs must come in.” Also the Joint Committee of the National Assembly on Customs and Excise is probing the NCS over alleged concession of N3.4 trillion revenue collection contract to foreign private firms, just as the Committee headed by Senator, Francis Alimikhena had queried the alleged decision of the Customs Service to outsource its core mandate of revenue collection to foreign private firms. A few members of the probe panel believed that  the move violated the Act establishing the Nigeria Customs Service, wondering if it was still necessary to allow the the service keep 7% of whatever it was able to generate as cost of revenue collection now that it had outsourced the function.

They reasoned that it could be another smart move by some persons with vested interest in the NCS or in government to want to do what they referred to as  “business as usual”, and corner government revenue for themselves through dubious contract arrangements.  The panel also wanted to know the details of the contract signed by the NCS and the consortium, Messrs E-Customs HC Project Limited. it was said to have hired to help it collect customs duties for the country. The contract which is valued at roughly at $3.1bn and expected to run for 20 years under the Private-Public Partnership arrangement(PPP); has however become a matter of legal conflict with another firm, Messrs Adani Systems Limited/Webb Fontaine laying claims that the NCS had previously awarded the same contract with the same conditions to it. Perhaps more perplexing for the probe panel was that the NCS entered into the said contract and even went ahead to sign a Memorandum of Understanding (MoU) with the foreign consortium on Nigeria’s second largest source of revenue without recourse to the National Assembly. In search for answers, the probe panel had in November 2020 extended invitation to the Comptroller of Customs, Hamid Ali to come forward with documentary evidence of Presidential approvals or any indeed any other approvals secured to seal the alleged contract. The probe panel extended similar  invitations to the Minister of Finance  who doubles as the Chairman of the Board of the Nigeria Customs Service and the Central Bank Governor, Godwin Emefiele to provide testimonies that could help it understand the matter.