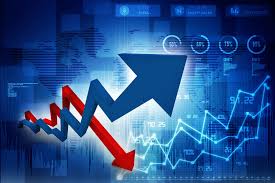 The equities market of the Nigeria Exchange Limited (NGX) closed last week’s trading sessions in the red, as market capitalisation dropped by N124.94 billion to close at N26.53trillion.

The NGX All-Share Index and Market Capitalization depreciated by 0.91 per cent to close the week at 49,026.62 and N26.445 trillion respectively.

Similarly, all other indices finished lower with the exception of NGX Premium, NGX Banking, NGX Pension, NGX AFR Bank Value and NGX MERI Value which appreciated by 0.13 per cent,2.27 per cent, 0.05 per cent, 0.08 per cent and 1.84 per cent while The NGX ASeM, NGX Growth and NGX SOVBND indices closed flat.

The Financial Services Industry (measured by volume) led the activity chart with 381.958 million shares valued at N4.551 billion traded in 8,627 deals; thus contributing 67.86 per cent and 48.21 per cent to the total equity turnover volume and value respectively.