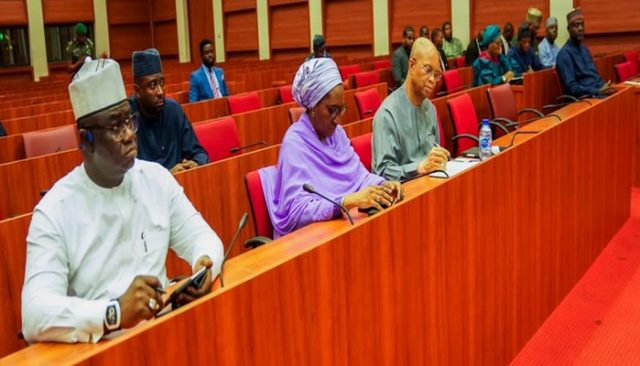 The Leadership of the National Assembly on Thursday met with the two ministers in the Finance Ministry and top officials of the ministry preparatory to the presentation of the 2023 Budget proposals by President Muhammadu Buhari.

The National Assembly leadership was led by the President of the Senate, Ahmad Lawan and the Speaker of the House of Representatives, Rt. Hon. Femi Gbajabiamila.

The meeting which held at the Senate wing of the National Assembly was behind closed doors.

The meeting was a follow-up to the previous ones held to fine tune the preparation of the budget ahead of its presentation to a special joint session of the National Assembly by the President next month.