Following the terror alert issued by some embassies in Abuja, one of the foreign construction companies in Abuja, Julius Berger, has shut down its operations in the city.

The development comes few days after the Jabi Lake Mall also suspended its operations. In a statement signed by the company’s Managing Director and Corporate Security Manager, Engr. Lars Bichter and Poul Nielsen respectively, the company advised its staff to avoid public places throughout the weekend until Monday morning.

Part of the statement reads: “In response to the ongoing security concerns within the FCT and Central Abuja. It is advised to avoid all public events within the FCT environment, including: Supermarkets, restaurants, hotels, bars, clubs and other areas where many may meet. This advice is applicable from, 28.10.2022 in the evening until Monday, 31.10.2022 in the morning. It remains possible to move to other JBN work or residential locations throughout the weekend. Your safety is our primary concern.” Federal Capital Territory FCT minister, Malam Muhammad Musa Bello had in the wake of the alert assured residents of adequate protection and declared the territory safe. 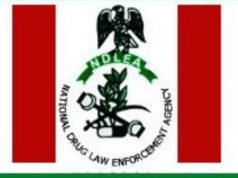