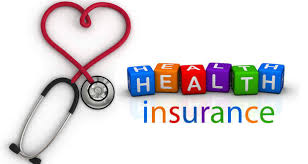 Stakeholders have called on the federal government to enforce compulsory health insurance for all Nigerians, as effort to tackle high rate of under-five deaths in the country.

The Nigerian government and critical stakeholders in the health sector have, over the years, rolled out intervention programmes to improve the health of children in Nigeria; yet, the country still houses one of the highest under five mortality in the world.

For instance, the World Health Organisation Africa region (WHOAFRO) revealed that 42 per cent of child deaths occur in countries, with about 857,899 under-5 child deaths recorded in Nigeria alone.

Stakeholders are optimistic that, with health insurance coverage, these health conditions would be drastically reduced, thereby improving the health of children in the country.

Experts said, no doubt,  health insurance is one sure way to achieve Universal Health Coverage (UHC), however, it is sad to note that health insurance coverage for children in Nigeria is still very poor.

For instance, the 2021 Multiple Indicator Cluster Survey 6 (MICS6) revealed that only 845 under-five children, representing 2.7 per cent of the 30,804 of children under age five analysed in the survey that was carried out in Nigeria are covered by any health insurance.

To improve health insurance coverage, stakeholders have called for the support of all Nigerians including stakeholders in the nation’s Health sector in ensuring a successful implementation of the mandatory Health Insurance as stipulated in the National Health Insurance Authority (NHIA), for the achievement of Universal Health Coverage.

The deputy general manager and coordinator, Lagos state Office, NHIA, Mrs Aisha Haruna Abubakar, while speaking with LEADERSHIP, at the 2022 national Symposium/Awards of the Health Writers Association of Nigeria (HEWAN) in Lagos said, the reason for the enactment of the National Health Insurance Authority Act 2022 which birthed, was to improve health insurance coverage for all, irrespective of where one is living or financial status.

“Others are; to promote, support and collaborate with States through State Health Insurance schemes to ensure access to quality healthcare; ensure the implementation of the Basic Health Care Provision Fund as rquired by the National Health Act and grant accreditation and re-accreditation to Health Management Organizations (HMOs), Third Party Administrators (TPAs) and Mutual Health Association (MHAs) and HCFs and monitor their performances”, she said.