Nollywood actress, Mercy Johnson-Okojie has revealed that she can never take up a romantic role in movies anymore.

She spoke on GoldMynetv recently during an interview on her new movie, “The Legend Of Inikpi.”

Johnson-Okojie said age is telling on her and that it was better to leave such romantic roles to younger girls in movies.

When asked: “Are you open to playing roles that require getting Romantic with another actor on set?”

She replied: “Age is telling on me, I just calculated that if I had to do that, what will the younger girls do? When you go past a certain level, you try to go above that level to do better.

“You don’t need people to tell you what is right or wrong. For me, I just felt I have gone past that level, I am answerable to many people, my husband, my kids; my daughter’s getting older and she gets hold of my phone, she begins to google such.

“Kids are very inquisitive and I don’t want them to question me in anyway or have something in their mind. I don’t think I want to do that.

She also spoke of her challenges of combining the home front with her career.

According to her, “It is challenging, it is not easy for anyone, what has always worked for me is putting everything on a scale of preference, God first, family, then work. God has to be settled and settle the kids and my husband. My home front has to be stable before I go anywhere, if not, nowhere.” 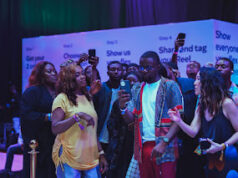 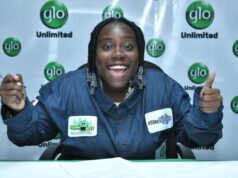