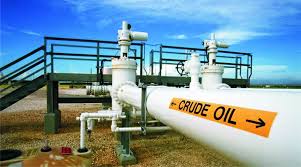 For over five decades, Nigeria has been dealing with a mono-economy based on the export of crude oil that is dependent on the volatile global oil price. As uncertainty, accentuated by the current Covid-19 pandemic, beclouds the oil market, the Department of Petroleum Resources (DPR) recently revealed that Nigeria’s oil reserves will run dry in 49 years from now.

According to DPR, in the last ten years, Nigeria has been hovering around 37billion barrels of oil reserves which means that there has been no significant increase in the reserve base because of seeming lack of genuine and deliberate efforts by the Independent Oil Companies (IOCs) to do so. In comparison, the United States of America has about 264 billion barrels of recoverable oil reserves followed by Russia with about 256 billion barrels.Industry watchers are of the opinion that local participation in the oil industry has been frustrated as a result of the exploration activities of the IOCs. There is a consensus that what the IOCs seem to be doing is to ensure production of about 2 million barrels per day without corresponding increment in the reserves. This is a far cry from DPR’s projection that, to achieve government’s aspiration of 4 million barrels per day production and reserves of over 40billion barrels, there is a need for a corresponding increase in reserves as production increases.
Nigeria should learn some lessons from the role of the IOCs and make a paradigm shift from relying on them to process crude oil which the country imports.

The forecast by the DPR with regard to the exhaustion of Nigeria’s crude oil reserves should not be a shocking news item. It has always been a known fact that Nigeria would deplete its resources on crude oil because the commodity is a depleting resource. What is important at this stage is Nigeria’s readiness to drive its economy without oil as the global focus is shifting from oil exploration to other sources including renewable energy. Many advanced economies that used to be oil-dependent are now working on different technological projects that can serve as replacements for fuel.The direct consequence of this move is a drop in the demand for crude oil whose current price fluctuates between $20 and $30 per barrel.

Whether the Nigerian oil economy has been a blessing or resource curse is an open debate. But what cannot be denied is that many Nigerians are living below their privileges. A Nigeria during oil shifted the country away completely from its capacity to grow as a nation-state. Such has led to what anthropologists call the occult economy, meaning the belief that money can magically appear without anyone doing any actual work for it. The oil economy years have been years of economic, social and political ferment with no previous parallel in Nigeria. Oil discovery was seen as a good fortune but proved ultimately to have a detrimental effect on the economy.

Nigeria after oil obviously speaks to the much talked about diversification of the Nigerian economy and a need to ramp up other sectors. But in designing a Nigeria after oil, certain factors have to be taken into consideration to ensure that the country is not caught in the web of economic uncertainties that canundermine national economic diversification and competitive domestic production.

First, there should be an analysis of an economy that takes into account the social effects of policies where rewards for wage labour and economic realities are on ‘speaking terms. “The sweeping reform policies made by Franklin Delano Roosevelt who became America’s 32ndPresident in 1933, are worthy of emulation. In what was called the “Roosevelt Reform Policies,” he introduced a raft of fifteen pieces of legislation within his first 100 days in office which became the corpus of his New Deal policies that reversed America’s Great Depression and brought an economic revival.

But in Nigeria, the huge gap in policymaking process and policy formulation is a big challenge. From investigations, the Federal Executive Council (FEC) is not a policymaking body, and so, polices may not be discussed at Council meetings. At best, memos are presented, which more often than not, are not approved. Every policy seems to be fought by the system. Whatever has to be done in government, has to be fought for, every inch of the way because there is no policy buy-in as a result of the turnover of government officials among other factors.

Second, many times, policy implementation, and monitoring and evaluation (M&E) mechanism are bogged down in a seemingly impenetrable bureaucratic snare. The capacity to execute policies rests squarely on the institutions, particularly the civil or public service. But oftentimes, policy drivers and key stakeholders in institutions are never on the same page because of regimented thought processes and debilitating baggage of entrenched interests. It takes a purposeful and strong leadership that sets milestones to bridge this gap.

Third, it has become imperative to embrace a different kind of leadership that prioritises the knowledge economy that will be driven by the twin-engine of human capital, and science and technology, which are inexhaustible resources?Nigeria’s natural resource and what it does with it determine its place in the Comity of Nations.

In constantly thinking of how Nigeria can use what makes its citizens different to make a difference, the country will inevitably build a buoyant economy. Many countries that are experiencing economic growth today do not depend on natural resources; they deploy human population to achieve technological advancement and wealth creation. That was what China did between 2005 and 2015 when it, through the use of empirical data, targeted 20 million of its smallholder farmers and taught them how to apply fertilizer technologically. Paul Romer, co-recipient of the Nobel Prize in Economics in 2018 achieved such feat because of his effort in indigenous technologies. But in Nigeria, there is not much effort in growing indigenous technology rather the country relies on importation of technology without considering that value importation cannot lead to a desired economic growth.

In fashioning a new economic framework for Nigeria going forward, pragmatic steps should be taken to address reasonable negligence of some other critical sectors of the economy. All that is needed is policy direction from the government.

What cannot be denied is that the exhaustion of Nigeria’s oil reserves may not necessarily spell doom for the petroleum industry because Nigeria has abundant natural gas resources with huge opportunities. According to statistics, Nigeria has the potential of about 600trillion standard cubic feet of gas with a reserve of about 202trillion standard cubic feet. Authorities in the petroleum industry should go beyond declaring this year as the “Year of Gas.” As national gas requirement hovers between 3.8 billion and 4 billion, the authorities should ensure that gas is readily available and affordable to Nigerians. In doing so, the country is able to preserve the scarce foreign exchange used in importing the same product.

Agriculture of yesteryears (which was the mainstay of the national economy) is not the type of farming Nigeria needs to move forward after oil. That practice was basically characterised by farm yields that were exported as cash crops. It was not the agricultural system that was based on the demands of the Nigerian people; it was one designed to help other nations to grow their economies. This was largely because of Nigeria’s failure to create a value chain that would have engendered optimisation and value maximisation of farm produce.

In changing the narrative, there is an urgent need for manufacturing and processing plants to be sited in the country to process for exports, for indigenous factories and for domestic use. This can be complemented by proper implementation of the Agriculture Promotion Policy. In a country that has 81million hectares of arable land, there is so much that can be done if the people understand the importance of creating value chain capable of boosting the economy.

When the mining sector was contributing 12 per cent in real terms to the GDP, there was no effective support infrastructure to enhance its sustainability. According to records, Nigeria is the source of at least 30 per cent of gemstones to the international Gem market. There was no structure in place to process the commodity in the country before exportation. The situation is not the same in Bangkok where there is gemstone processing with numerous by-products to create a value chain.

Time is now to bring to the consciousness of government a sense of moral urgency to deal with the many incidents of unpalatable economic circumstances chipping away the edges of Nigeria’s soul. Nigeria after the oil is a wake-up call for effective utilisation of the nation’s resources; the imperative of urgency to make maximum use of the available oil reserves to energise the industries and boost economic activities.