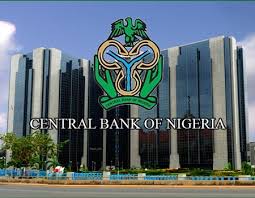 Financial expert, Prof. Uche Uwaleke has called on the Central Bank of Nigeria (CBN) to completely remove interest rates from all its Intervention programmes.

Uwaleke said at this point where the virus has forced the total lockdown of businesses, it is important for CBN to consider zero interest rates to Nigerian businesses.

He said although there was a cut from 9 per cent to 5 per cent, there is still a need to remove the rates.

“Although CBN has slashed interest rates to 5 per cent to 9 per cent, it is vital that it becomes a zero interest rate Intervention to cushion the impact of the spread on businesses.

“This is one of the alternatives at the bank’s disposal because the CBN cannot cut down monetary rates further at this time.

“The momentary rates have reached its peak and when inflation is 12.2 per cent. The CBN has a threshold of 12 per cent so you can’t review above inflation,” Uwaleke said.

Speaking further on monetary rates that was maintained at 13.5 per cent at the recent Monetary Policy Committee (MPC) of the Central Bank of Nigeria, he said further reducing the rates will exert pressure on exchange rates because of liquidity sulphate which is why the CBN took the decision.

According to him “Interest rates are sticky downwards so even when interest rates are reduced, it doesn’t really translate to lower lending rates by commercial banks because some of them are also grappling with a structural deficit but when you increase it, they automatically comply”