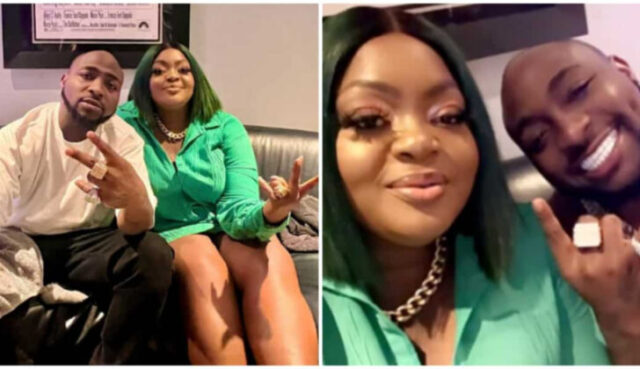 Prior to his son’s death in October, the duo had been best of friends over the years. It now seems like the once-envied friendship between the singer and the actress has come to an abrupt end as he unfollowed her on Instagram.

Recall that Eniola Badmus made headlines for announcing Ifeanyi Adeleke’s death and reportedly exploiting the toddler’s death for monetary gains.

After a check conducted on Davido’s Instagram page, it was noticed that he has unfollowed his former best friend Eniola Badmus.

However, Eniola Badmus is yet to reciprocate, as she is still following Davido at the time of reporting. However, the actress had proven severally that there was no bad blood between her and the singer as she celebrated his 30th birthday and wedding with Chioma Roland.

On his 30th birthday in November, Eniola said a word of prayer for him. She wrote, “Happy Birthday to the strongest. Continue to live long Oriade @davido. God is with you and I am with you for life. Welcome to the 3rd floor.”

Also, when the news of the singer and Chioma’s wedding broke out, Eniola reacted to it. Eniola Badmus took to her Instagram to hail the couple, sharing a photo of them with Governor Adeleke and Chioma’s sister, she captioned it with, “001 X 002”.

pretty_omotayo_: Too much of friend can kills.

light_chinaza: Man is being careful, nice one OBO you need to be crowed.

emmy01114: If something no happens to you,u self no go understand.

kokobillz8: Oga na him and him sister na unfollow her oo….e like she done f up. 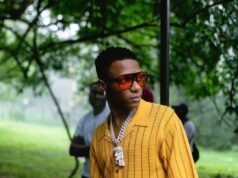 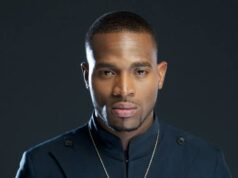